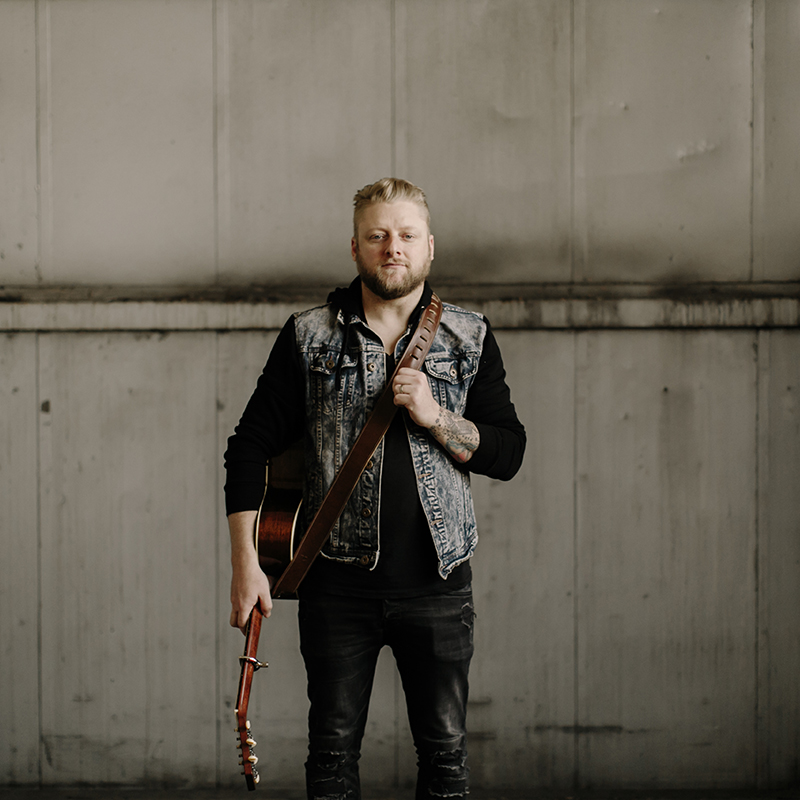 From the mountains of Southern California, to the Northwoods of Minnesota, and even spending a few years in the Pacific Northwest. Ryan Clair has unintentionally become quite the “traveling” Folk, Singer/Songwriter. The Midwest has a way of drawing people back. So, packing up his 5 kids and wife of 18 years, the Clair family is currently residing in Cedar Rapids, Iowa. The land of smokestacks, silos and everlasting fields of corn.

In 2017, Ryan partnered up with producer Chris Hoisington & Old Bear Studios in Batavia NY to record and release his first single as a solo artist called “I Want Jesus To Walk with Me (The Valley)”. This visit would ultimately lead to an invitation to join the incredible community of artists at Old Bear Records, recording and releasing the full length “Less Traveled Road” in January 2018. “Less Traveled Road” quickly garnered attention and made its way to #21 on iTunes, great reviews and songs like “Move Over Devil”, “Throw Me A Line” and “Less Traveled Road” found airtime on Christian radio throughout the Midwest and East Coast.

2019, Ryan was back in the studio after relocating to the Pacific Northwest with a whole new collection of songs that were inspired by his journey west and the season of life he was living. January 2020 “Among the Pines” was released once again by Old Bear Records, reaching #6 on iTunes Singer/Songwriter Charts and with great excitement finding radio play with the song “Upstream”.

The title track and song “Among the Pines” was written in the familiar setting of the California mountains where Ryan grew up. The concept for this EP was to capture that feeling of the cool breeze and landscape of the mountains beneath the cover of pines while telling the contemplative stories of life and hope for the future.

2021, Ryan is planning to be back in the studio to record another full-length album. This time it will be a collection of old hymns and spirituals that have been a comfort and a challenge during the pandemic of 2020. The theme and prayer is that we would trust in Jesus and lay it all at His feet! We need Him more than ever.